The association SBRA is active in the area of the circular economy, where it seeks to identify and promote regional and local opportunities for the development of a circular economy in Slovenia. SBRA strives to integrate and involve all key stakeholders, both at national and European level, thereby strengthening the competitiveness of the Slovenian economy, and above all to raise the quality of living and quality of life in general. 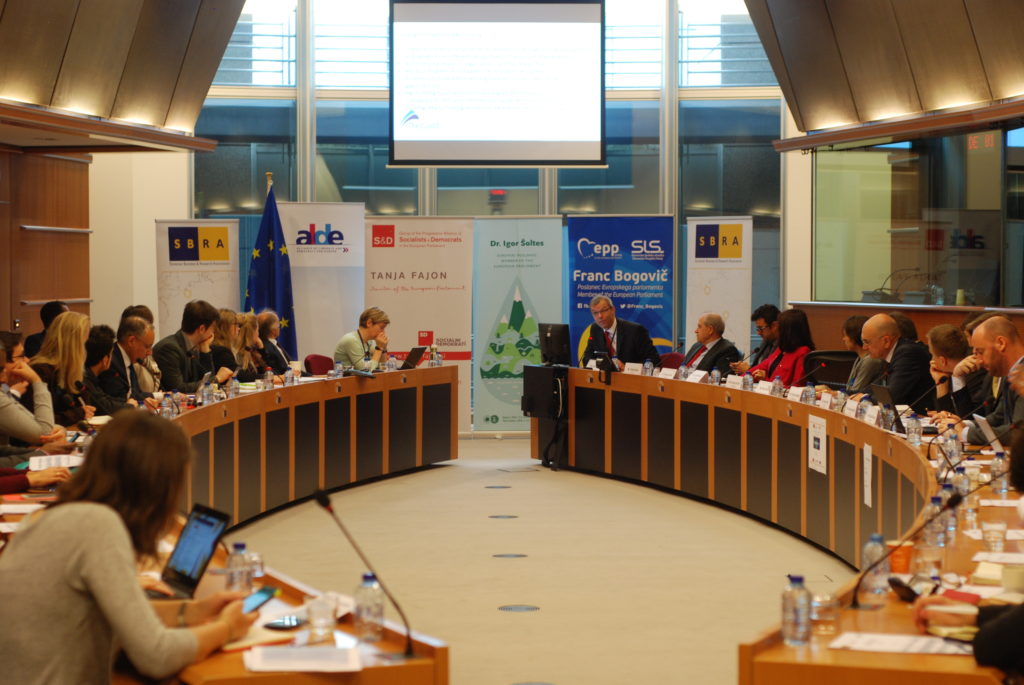 SBRA works closely with the Strategic Research and Innovation Partnership (SRIP) – Circular Economy, whose members and their projects are actively promoted in Europe by SBRA. The aim is to integrate them into European consortia, networks and initiatives, such as the Vanguard Initiative.

SBRA participates and promotes the Circular Change platform and other active stakeholders in the framework of the Circular economy.

As part of the European Week of Regions and Cities (EWRC), SBRA annually organizes workshops focusing on circular economy. A range of Slovenian stakeholders are given a unique platform to present their projects and ideas, which promote the transition to a circular economy. ERWC is a four-day event that allows officials from regional and city administrations, experts and academics to exchange good practices, know-how in the field of regional and urban development. It is an excellent and now widely recognized political information platform on the development of EU policies and for raising awareness among decision makers on the importance of regions and cities in shaping EU policies. EWRC is the largest such European public event. Many successful EU-financed project ideas and partnerships are borne largely thanks to the these events.

Additionally, SBRA annually co-organizes with regional partners a local event in Slovenia under the motto “Europe in my region / in my city”. This event takes place in the form of a dialogue with citizens and/or as a political debate, attended by representatives of the European institutions. The purpose of these events and/or dialogues with citizens is to hear the discussions in cities and regions, promote opportunities, recognize the capabilities of transition to the circular economy, as well as give feedback directly to the European institutions. Local events are aimed at a wide range of actors, including the general public, policymakers, experts, local and regional authorities and the media. The goal is to raise awareness of the positive impact of the circular economy in regions and cities. These events also provide an ideal basis for creating successful projects which could potentially be financed by the EU funds.

SBRA through its development of interregional cooperation and cooperation at regional, national and European levels of governance, and through the Vanguard Initiative supports clusters and regional entrepreneurial ecosystems. Its focus is on priority areas of smart specialization, and to transform and/or create new industrial areas, as well as gain access to new technologies, financial resources, markets and knowledge. The primary goal is the acquisition of appropriate partners and the formation of successful EU project consortia.